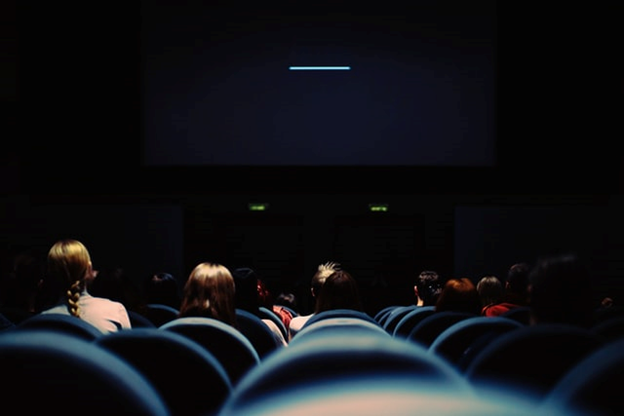 One thing that is best about real life based movies is that they teach you how people can be extra ordinary, unconventional and become successful in life if they face the hardships with bravery. These people don’t let societal patterns and norms take control and live their life the way they want, which makes them the heroes they are today.

The movies discussed below are some of the real life stories that give us hope and motivation to always follow the right path and do what feels right.

This 2020 American drama film revolves around a woman Fern, who is in her sixties and loses her job and her husband. Fern while she struggles with life in the time of the Great Recession, and gets out on a journey through the American west. The movie discusses the real life struggles of the Post-Recession real life nomads, and discusses how their life on the road was. When fern becomes a modern day van-dwelling nomad, we learn about life outside conventional society and it encourages us to break through no matter what age we are at.

Becoming Jane revolves around the real life of the famous novel writer Jane Austen. In the Victorian era, Jane’s parents want her to marry the nephew of a rich Lady Gresham, because they want her to have a wealthy future, but Jane wants different things from life. Since she wants to be a writer and wants to nurture her skills, she knows getting married is not what she needs. Instead of marrying the rich woman’s nephew, Jane falls in love with Tom Lefroy, a struggling lawyer who doesn’t have money to give her but he gives her all the knowledge she needs to be a future novelist. The movie beautifully shows how Jane Austen fought the societal norms of the Victorian era when women were supposed to act lady-like and the sole purpose of their life was marriage.

Based on a true story, this movie has shaken people’s faith in priests and scholars, and especially the Catholic Church. The movie discusses how an editor Marty Baron assigns a group of journalists an investigation on the allegations against the priest John Geoghan for molesting over 80 minor boys. The reporters interview victims and try to unseal sensitive documents to uncover the concealed sexual abuse within the Roman Catholic Church. The movie discusses sensitive issues such as sexual abuse towards minors and how power is abused in order to conceal people’s crimes. Everyone should watch and learn from this movie, and if you want to watch this movie, get a good internet and stream it online. For a good internet that is suitable for streaming purposes, get TDS internet. TDS internet speed is perfect for all kinds of use and you can choose a plan that suits your daily use. It is affordable and comes with internet security.

The Pursuit of Happyness

The Pursuit of Happyness is a movie about a bond between a single father and his son who are trying to survive in corporate America without a paying job. Chris and his son are left alone with no place to go, they live in shelters, and face many hardships, but Chris never gives in to hopelessness and despair and keeps trying to make ends meet for the sake of his son. He tries to create and better life for himself and his son. The movie discusses the story of a real life businessperson who goes from being homeless to a successful businessperson. The movie gives us great hope in life and teaches us to never give up even though things might look like it is the end of the world.

Snowden is the real life story of Edward Snowden who leaves his job at the National Security Agency because he found out how the data of people is being assembled to track digital communications not only for military purposes. He realizes that people have no privacy left at all and every single phone is tracked even of the common citizens of America. Snowden decides to convey this information to the people but while he does that, he becomes a traitor to his former workplace, and a hero to the public. With the heroism, Snowden has major life threats and life changes for him when he exposes the NSA. The movie teaches us how the government can be spying on us and would not even know.

Battle of The Sexes

Based on one of the greatest tennis matches of all times, the movie revolves around the real story of the match between Billie Jean King, and Bobby Riggs. Apart from the match, the movie discusses the personal battles in the lives of the two and how King and Riggs are trapped in a media glare. The two have some serious binary arguments regarding women and tennis. The movie breaks all gender stereotypes and is pro feminist. The fact that the story is real gives us great hope in life and teaches us never to confirm to society’s pointless norms and gender roles.

If you want some motivation in life and often feel like you are just an ordinary person, watch real life movies that show how ordinary people struggle to become extra ordinary.