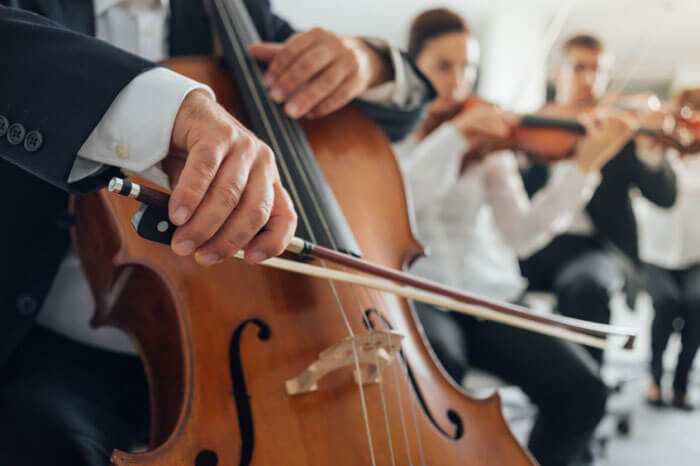 Cello is just one of the fantastic instruments you can explore in your music venture. In fact, the cello is considered a warm and rich instrument that could cater to middle ranges of music. Many cellists also see the cello as a versatile string instrument that can reach both high and low ranges ideal for single and orchestra performances. If you’re looking to add a new skill and hobby, you might want to try playing the cello. Keep reading to see the possible reasons why you’ll love playing this instrument.

Cello or also known as violoncello, is named as the bass musical instrument of the violin family. Like a violin, it has so much to explore, and as a beginner cello player, you’ll surely love it for the following reasons.

Cello balances music in a group or orchestra

The cello plays an essential role in an orchestra because of the harmony and melody it can give to the group. Typically, you’d find 8 to 12 cellos in an orchestra, and without this instrument, the music would sound monotonous and boring.

Cello can produce a solo masterpiece

Although the cello plays an essential role in an orchestra, it can also stand out on its own. You can produce a masterpiece using the cello as your main instrument. In fact, you’d find lots of European classical music that uses the cello as its only instrument. Today, the cello is more prevalent in different genres like jazz, pop, and rock music.

Cello has the same range as a human voice

Cellists always say that the cello is more likely to speak like a human voice. This is why this instrument is best for evoking instinctual emotions. Likewise, a song can quickly be transcribed from voice to a cello sound if you’d want to. If you are familiar with Britten and Bach solo suites with feelings of joy and ease, the cello plays a huge role in this music. The cello can also express sadness and sorrow like those portrayed in Bloch, Villa-Lobos, and Casals music. Any emotions you’d want to communicate can be done by the cello.

Cello can make you stand out

There is no doubt that you can get the audience’s attention when you’re playing the cello because of its huge size. It actually looks like a bigger version of the violin, which makes the people very curious about it. Aside from its size, the sound quality also never fails to attract your viewers. So if you want to be noticed in an orchestra or group, you should start learning the cello.

Cello will never be too old to play

Cello never goes out of style. From classical to contemporary music, the cello always finds its perfect place to resemble almost anything. All you need to have is the right playing technique, so you know how to turn your cello into something new every time there’s a new trend in music.

If you’re a fan of string instruments, the cello will never fail you this time around. With its body, flexibility, and sound quality, you will surely love this instrument. It’s time to try and explore this huge instrument and see for yourself the real reasons why more and more musicians are transcending to playing the cello.

Book Party Buses To Reach Your Christmas Destination In Style

Who Are the Justice Society of America in DC's Stargirl?