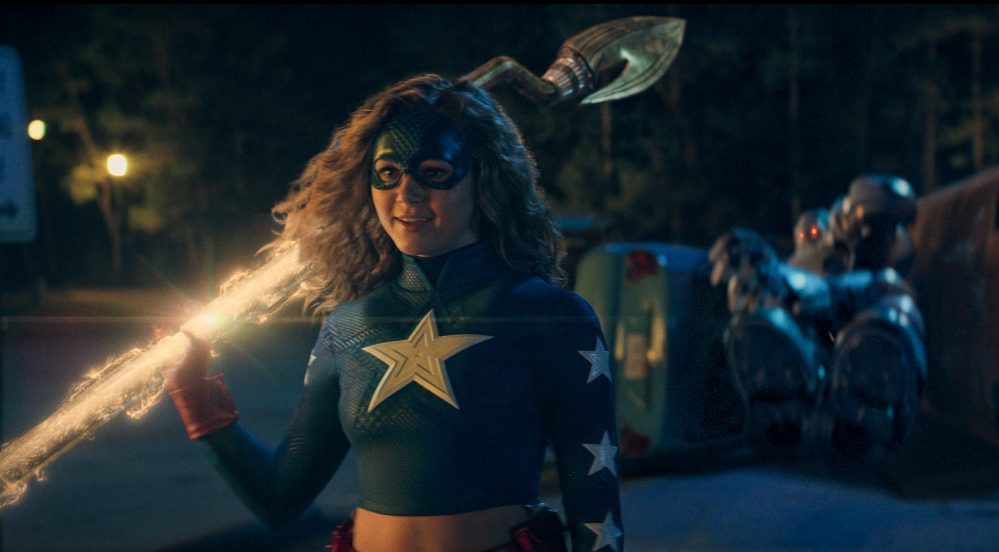 Who Are the Justice Society of America in DC’s Stargirl?

One of the major story arcs in the CW and HBO Max series Stargirl is the formation of a new version of the Justice Society of America. After Courtney Whitmore finds the group’s old costumes and gear, she recruits new members to fight the growing threat of the Injustice Society. The old and new versions of these heroes have strong similarities and contrasts between each other.

Throughout comic book history, many people have become Starman, from Ted Knight to Victor Sono. The series combines his character with Sylvester Pemberton, who is usually known in the comics as the Star-Spangled Kid. The current successor to the role is Courtney, who was also a former Star-Spangled Kid. Comic creators Geoff Johns and Lee Moder brought Stargirl to life, and the character has appeared in numerous TV series, cartoons and video games.

Wildcat is also another identity that has been upheld by various people. The most iconic version is Ted Grant, an older boxer and member of the Justice Society of America who has no superpowers beyond having nine lives. Still, he mentored younger heroes such as Black Canary and Batman in combat. Yolanda Montez, Hector Ramirez and Tom Bronson have also taken the role. A new version of Yolanda fights alongside Stargirl in the recent series.  Her Wildcat suit gives her enhanced strength and sharp metal claws.

The father and son duo of Rex and Rick Tyler have both operated as Hourman. Rex accidentally creates the vitamin known as Miraclo. When a higher dose is concentrated into a pill, it gives the consumer enhanced strength, speed and agility for about an hour. However, Miraclo also has addictive properties, making Rex one of the earliest superheroes to struggle with addiction. His son Rick has also used Miraclo to save people as Hourman, and even an android from the future has embraced the identity. In the show, both Rex and Rick use an hourglass amulet to gain powers that last an hour.

When Charles McNider discovers he can see perfectly in the dark despite his blindness, he creates a visor to see during the day and blackout-based weaponry to become Doctor Mid-Nite, the first disabled superhero. Pieter Cross and Beth Chapel have also taken the mantle, but Beth places a more unique spin as Doctor Midnight. The Stargirl version of Beth uses the traditional Mid-Nite outfit, which includes high-tech goggles that have an artificial intelligence patterned after McNider.

Courtney’s current friends are already an impressive group of heroes. However, she still has other JSA items to give to worthy successors in future seasons.

Things Not to Forget When Hosting an Event

An Interesting Way to Enjoy Your Life

Step by step instructions to Use Twitter for Successful Events