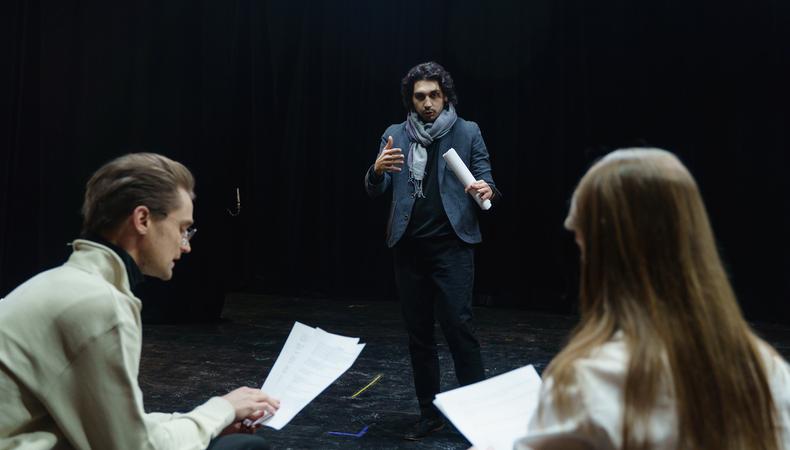 Acting coaching is essential to anyone looking to access the screen acting industry career and make a living through acting. Many people think that acting coaches don’t do anything or are only recommended for beginners. Still, there are many reasons why every actor should pursue coaching in some form or another.

In this article, we’ll discuss the top 5 reasons why you should pursue acting coaching today!

Actors are constantly observing their surroundings. They watch people and record every mannerism, movement, or behavior into their mental sponges for future use on stage. Such a level of observation is a skill that can help you both in acting and in becoming a more observant person in your day-to-day life. Pursuing acting classes at the Screen Acting Studio will help you develop many skills including an increased attention to detail.

Seeing what others don’t is a valuable asset, especially when developing characters in film and television. Actors need to learn how to present themselves well on camera, and they also need to understand how their actions affect those around them. A coach will be able to help aspiring actors focus on not just what they do but also why they do it and how others perceive them through their body language and facial expressions.

Even for those hired for a role, an audition can be a nerve-wracking experience. Imagine having someone watch you read lines and then tell you whether or not they think you’re suitable for a part. Acting coaching will prepare you by helping you get into character, working on your monologue, and learning how to read sides.

A good coach like Aaron Speiser can make all of these things less stressful by teaching you how to focus on what’s most important: giving an outstanding performance. He is a professional coach who has trained thousands of actors and helped them reach greater heights as screen acting professionals. Other than that, you’ll also be able to audition more effectively once you’ve gone through coaching because you’ll know what casting directors are looking for in a character.

3.  The Acting Technique Itself

No one technique will teach you how to act. Knowing that is important because you need a lot of different strategies in your tool belt, so it is wise to look into more than what you’ve learned in the streets. There are many different ways to teach yourself how to act, and they are all equally effective—but that doesn’t mean they’re equal. Thus pursuing an acting coaching program can help you learn from experienced professionals who know what they’re doing.

Kay Aston is a highly experienced actor and an acting coach; her students have gone on to appear in great professional screen works. If you choose to train with her, you’ll learn to be present while performing, which most actors struggle with when they first start. If you want to get ahead in your career as an actor, then learning these skills early on will make all the difference later down the road.

A good coach will give you exposure through their network of industry contacts and point you towards opportunities that might not have been available otherwise. This combination is essential for anyone who wants to become a successful actor. It’s one of the most valuable things that an acting coach can do for their clients because it helps them become more comfortable and confident on set, which ultimately leads to more jobs.

If you’re interested in pursuing a career in acting, seeking acting coaching should be on your radar. Working with an acting coach can help you get started and move forward, whether you’re just looking to break into or already have some experience under your belt. The better you become at screen acting, the more likely you will succeed in landing more prominent roles.